In chapter four, Elements, of his book Wind, Sand, and Stars, Antoine de Saint-Exupéry tells the story of his encounter with a blue storm: a violent, cloudless wind storm. He describes the color of the sky viscerally:

On this particular day I did not like the color of the sky. It was blue. Pure blue.

A hard blue sky that shone over the scraped and barren world while the fleshless vertebrae of the mountain chain flashed in the sunlight. Not a cloud. The blue sky glittered like a new-honed knife.

It’s a fantastic piece of writing that goes on to describe an exhausting battle for life in a what most would probably call a beautiful patch of sky off of the Patagonian coast. Although few of us ever experience anything like what Saint-Exupéry describes, there is something well past human scale in the cloudless blue of a perfect day. Most of us would readily identify an accompanying spiritual state. The distance between that sort of blue sky joy and Saint-Exupéry’s blue sky terror has been a repeat fascination for me. “Coriolus,” the painting you see here, is one of the results.

“Coriolus” was shown at the 2008, AAF in New York by Migration Gallery. It is part of a private collection. 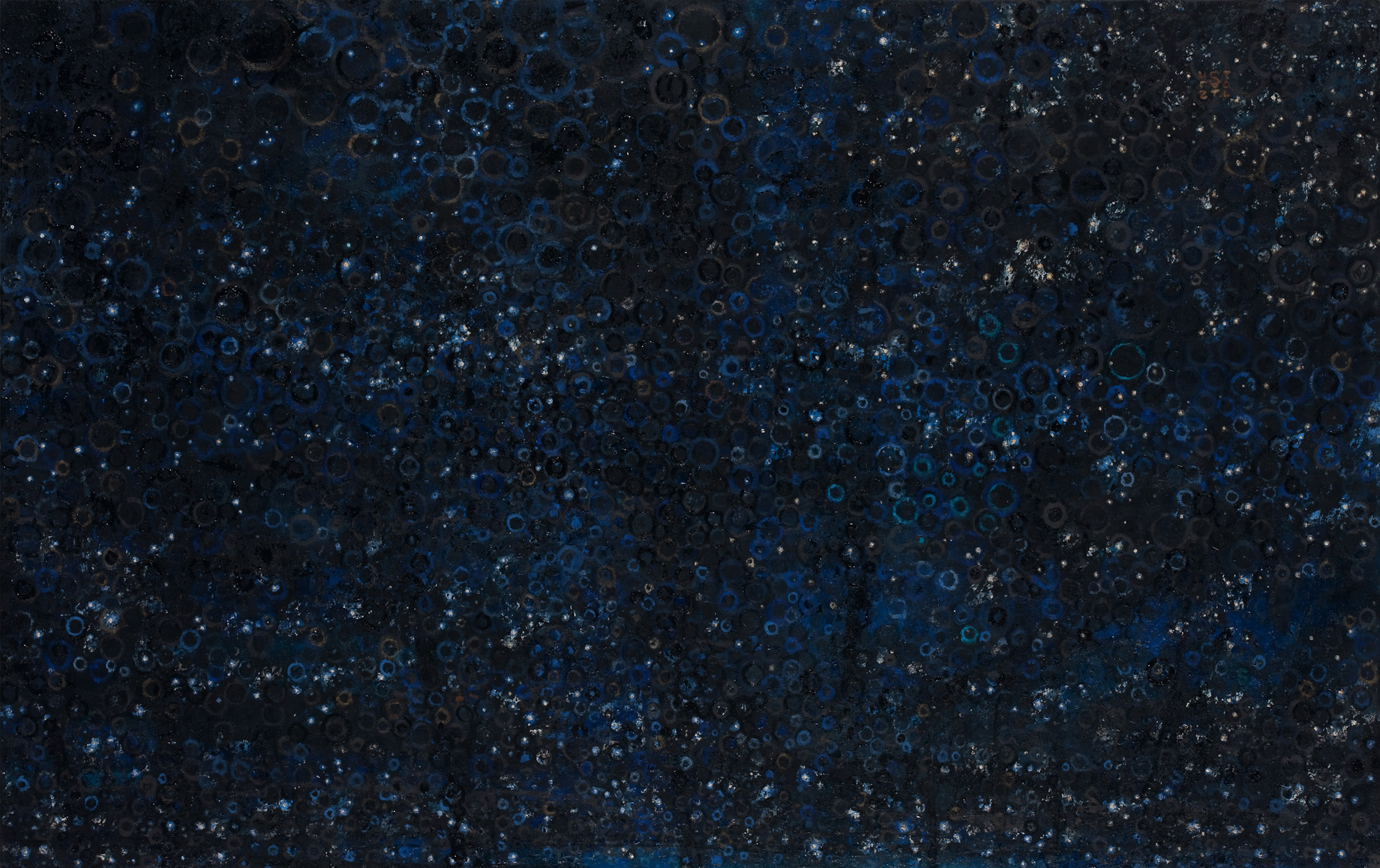 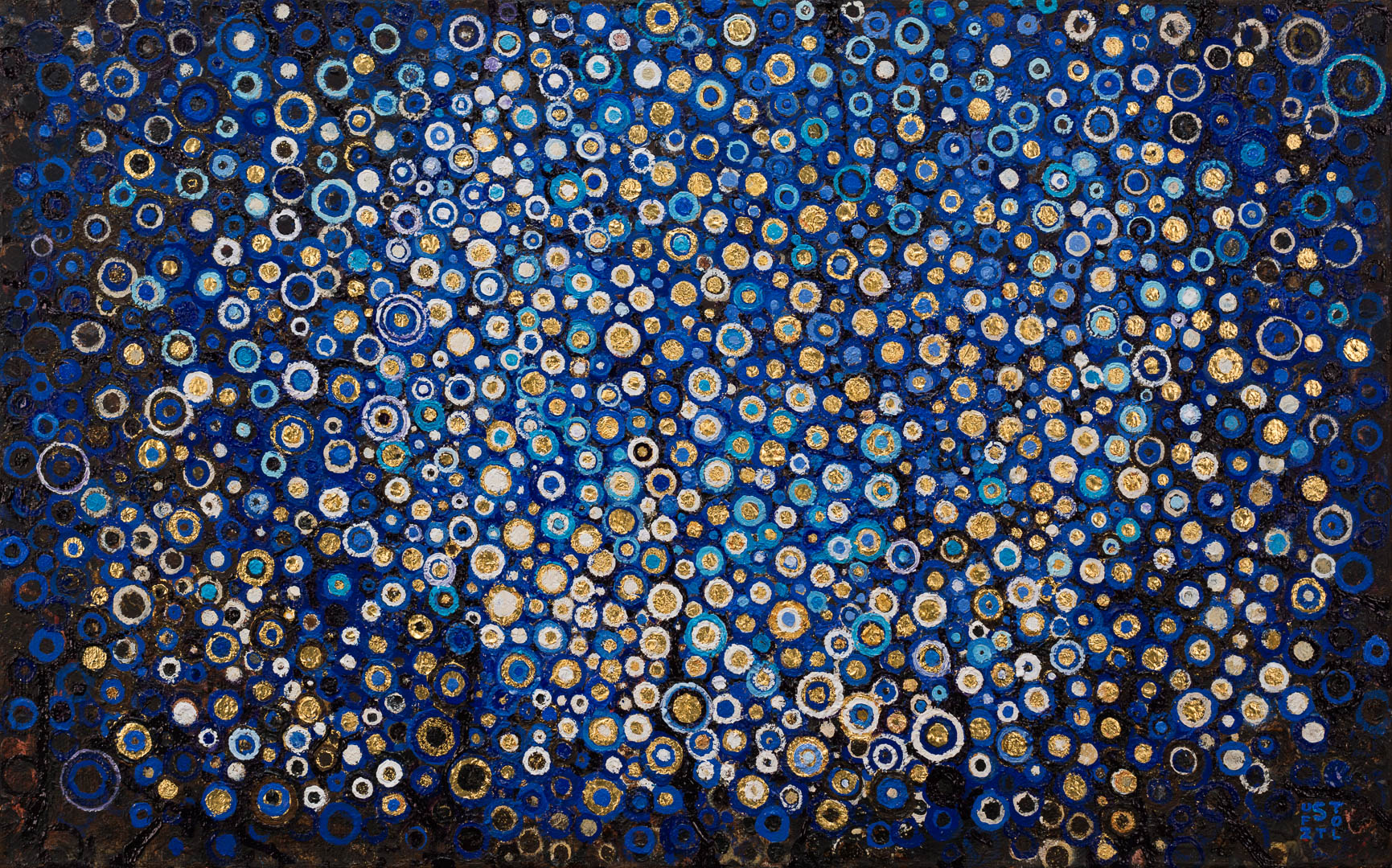 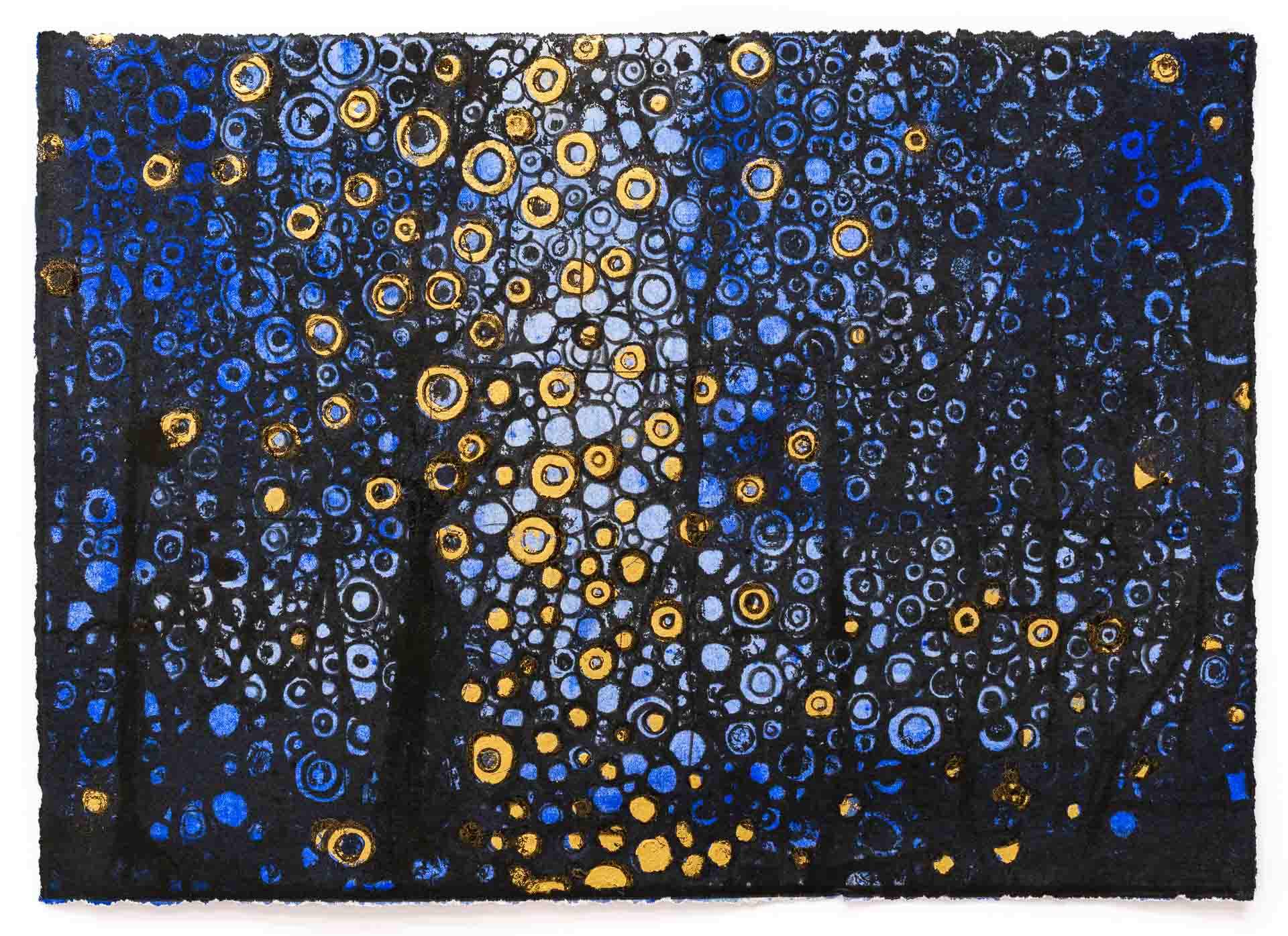 Thicket Print for the BoX Project