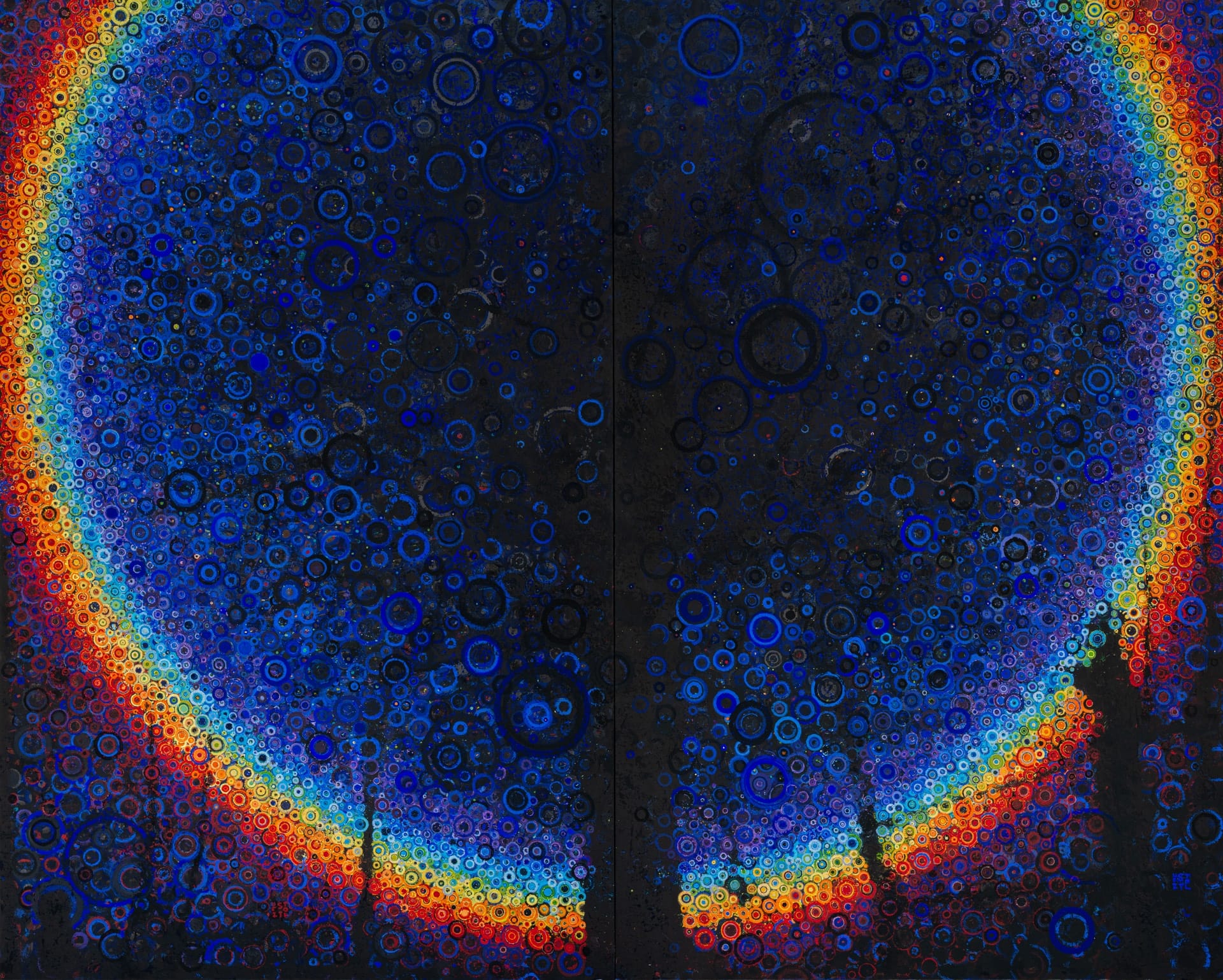 From the press release for the November 2020 solo exhibit Widening:

Omega, his largest work in two decades, takes the physical composition of a rainbow as its inspiration and expands the palette to encompass the visible spectrum. Each transition between the eight color bands is host to hundreds of minor movements built of his signature rings and the composition furthers the arc of a rainbow into a larger circle encompassing the shadowy silhouette of a tree. The light comes from behind the shadow but is not obscured by it; instead it is transformed into something larger and more vibrant than would have been visible otherwise. As Stoltzfus put it himself in a recent interview, “I am trying to make images that communicate that each of us is a part of something bigger. That we are cooperating whether we know it or not. And that light surrounds each one of us and whatever this is we are a part of.” 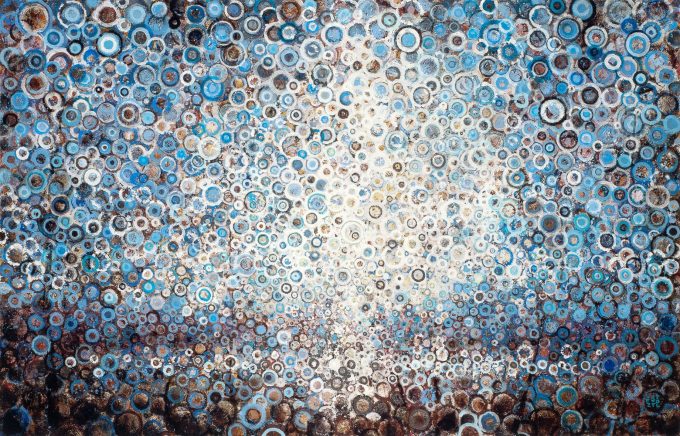 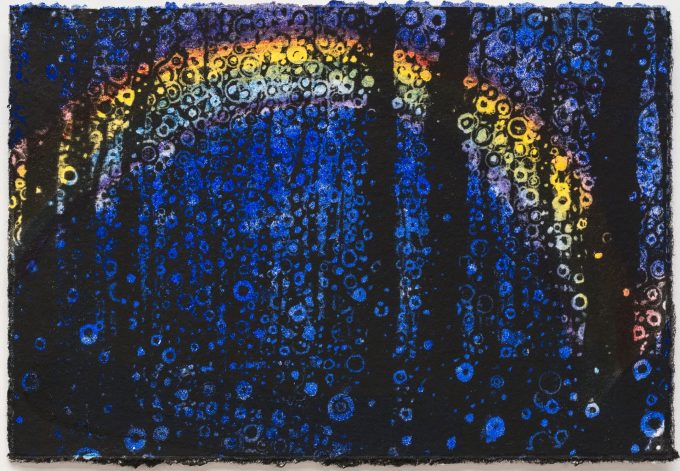 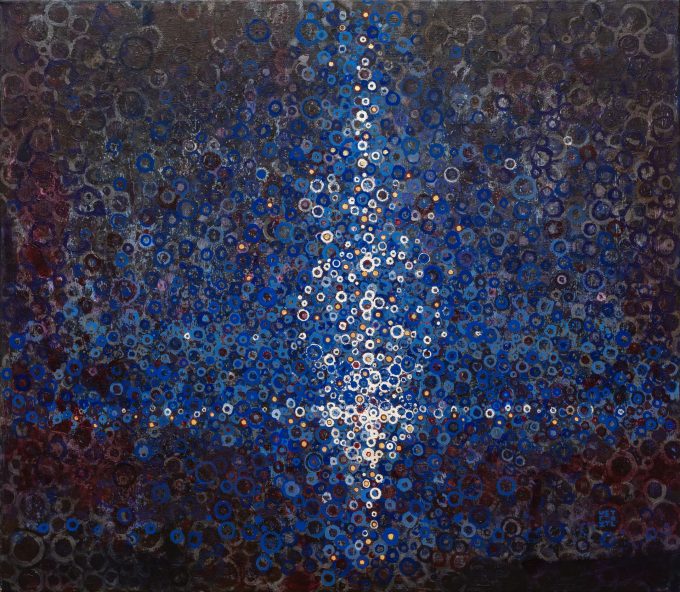