A poster based on this painting is now available!

This painting was completed twice. The first version of the painting was exhibited in 2011 at German Mennonite’s Museum of Art and Peace.

The second version of the painting was shown in 2014 at Millersville University in the solo exhibit Afterimage:

A catalog! And a very well lit original thanks to @ruraldeliveryroute. Gallery talk tonight at 6pm, fingers crossed

Both versions of the painting feature ample amounts of deep blue and near black shadows in the background with a vertical passage of light gold and white circles near the center of the painting, accented with gold leaf. Both the title and the motif were inspired by the enigmatic wall murals painted by early Christians in the Roman catacombs. 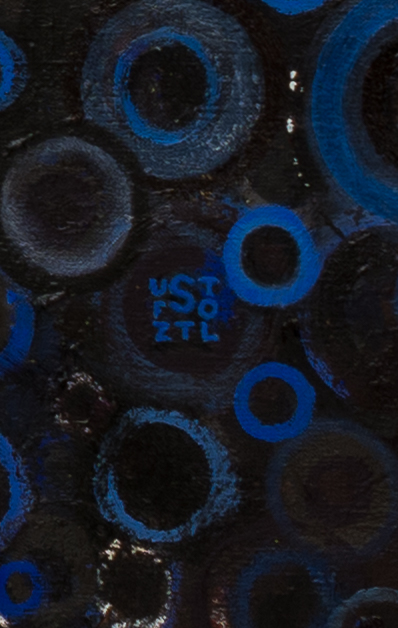 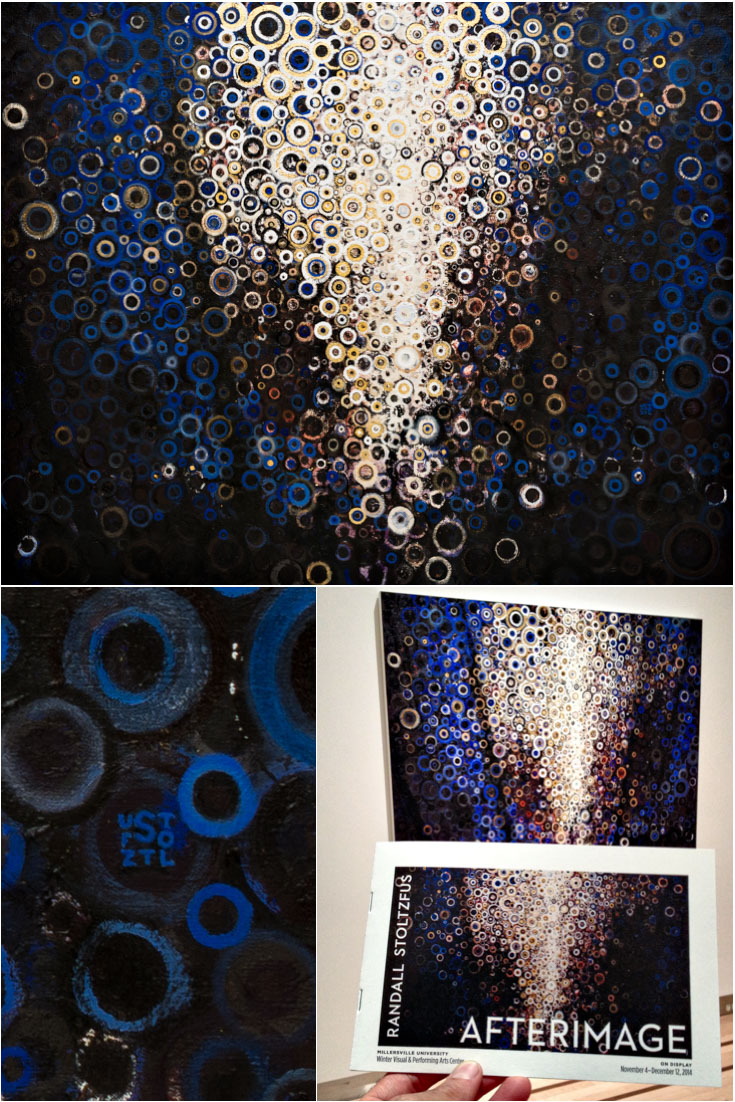