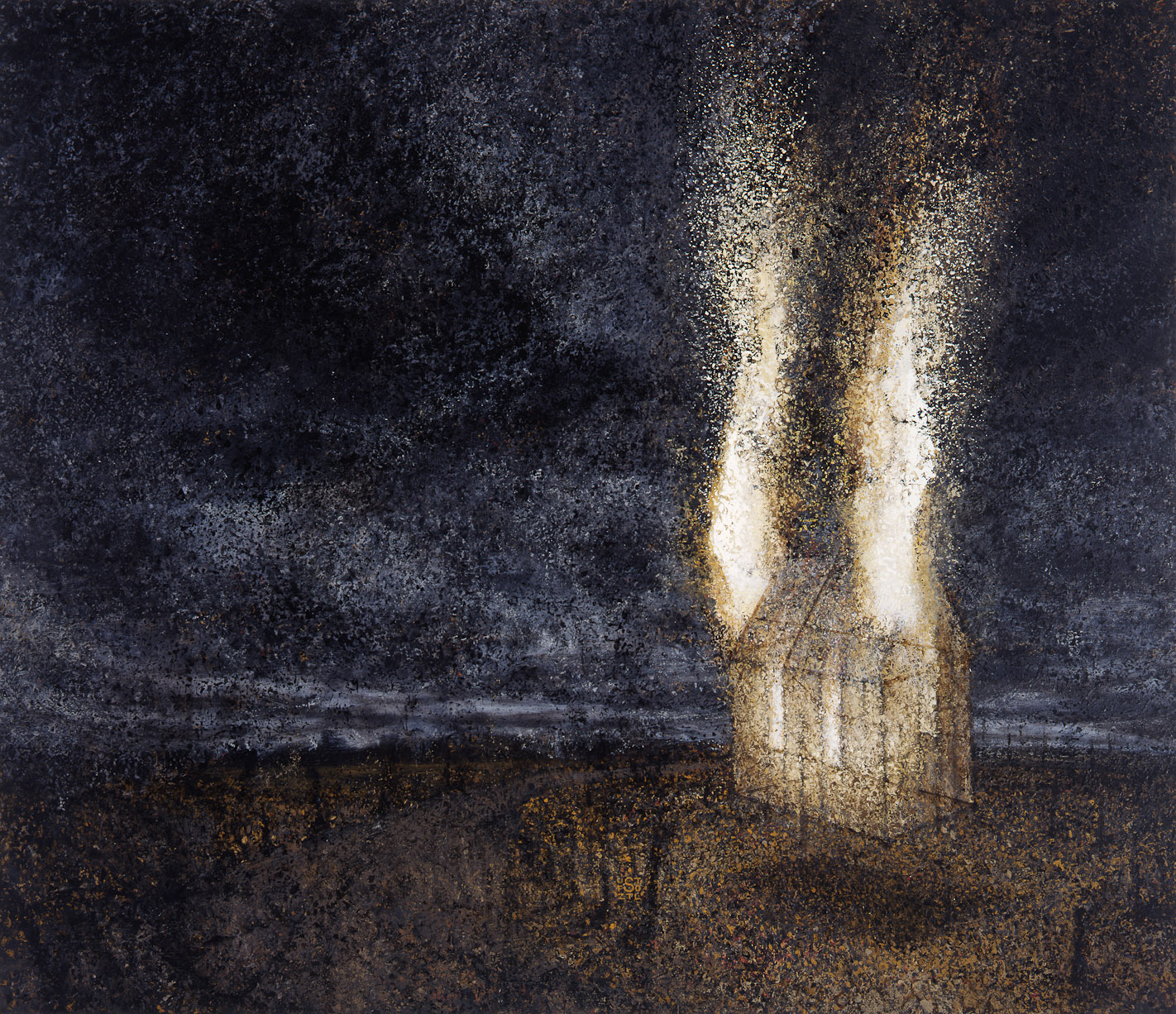 Measuring six by eight feet, this canvas was one of the two larger pieces in progress in the studio in September of 2001. It was begun sometime in late 2000 and finished in 2002, only to be reworked on the eve of the first solo show with the Durst organization in October 2003.

As a result of the reworking, the announcement for the October show bore an image of the painting in the earlier incarnation. When the show was extended and moved to a new location by the Durst’s curator, L.L. Powers, a new card updated the appearance of the painting, now titled “Second State.” 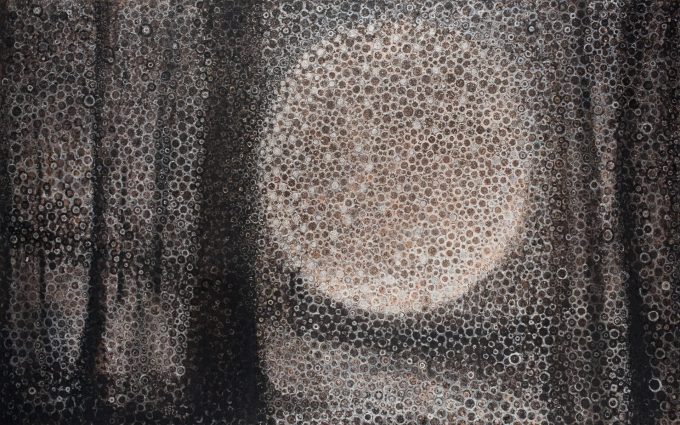 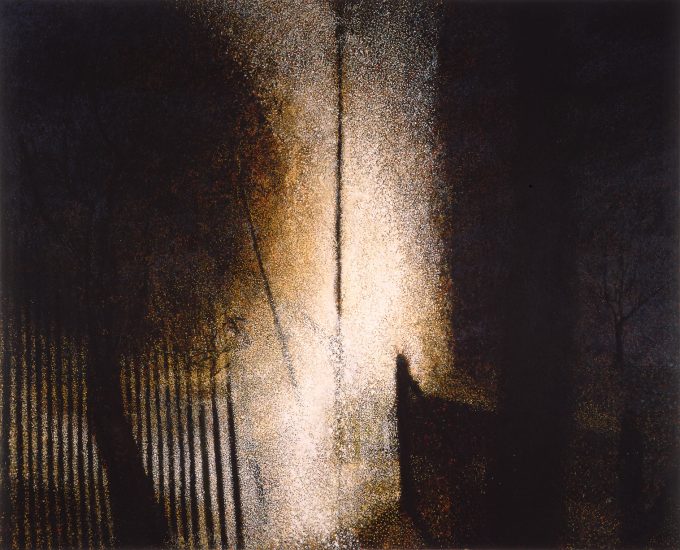 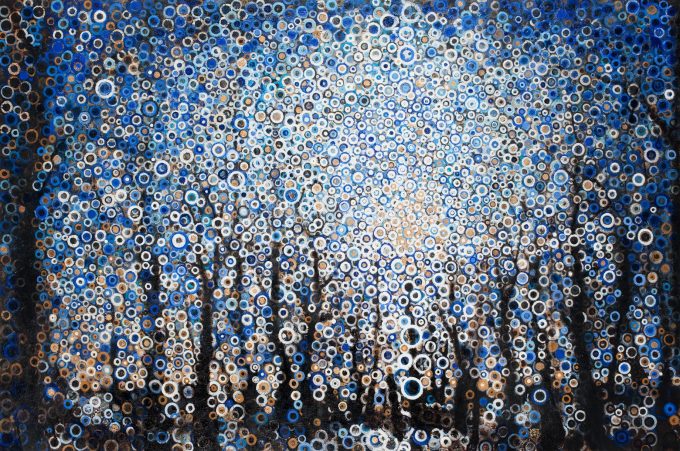