The recent work has often required a full measure of patience along with a willingness to allow radical change. Begun in 2004, by early 2008 this was a dark canvas that had seen three different studios. Maybe clear fall sun streaming through the skylights inspired a different potential. After nearly four years, it took just days to cover most of the darkest marks in the painting with a thin layer of the best iridescent blue.

“Transfigured” is the image featured on the announcement for the April 6- May 21st solo show “Crossing” at Union Theological Seminary. The painting was also part of the 2009 show at LIMN Gallery, where this detail shot was taken: 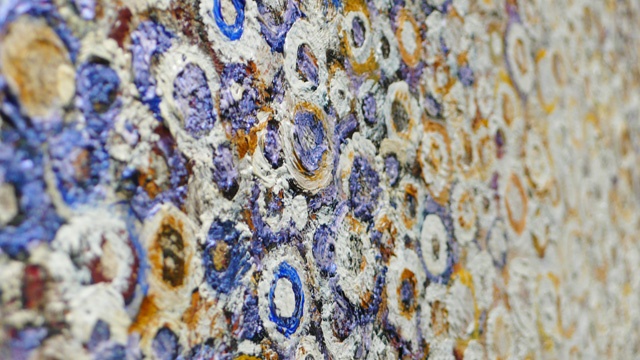