A penumbra is defined as incomplete or partial shadow. In astronomy, it refers to the shadow cast on the earth by the moon in a partial eclipse. Brooklyn-based artist Randall Stoltzfus translates these natural phenomena in his current body of work. Celestial blue circles of cerulean and deep cobalt are layered and repeated, dispersed by a spectrum of soft white, yellow and black circles suggestive of dim shadows and illuminated horizon lines. “My paintings take light as subject, and by necessity shadow is what I need to describe that light,” says Stoltzfus. These painted fields of circular marks also echo the rings of light found in the shadow patterns beneath trees during a solar eclipse – a visual metaphor that Stoltzfus maintains as an artistic touchstone.

Stoltzfus’ meditative process begins slowly – compositions develop over months, and even years as controlled, circular layers of oil, hand mixed pigments, and gold or palladium leaf are added over time. Abstracted landscapes and figures are illuminated and obscured in a push and pull of darkness and light as Stoltzfus builds visible texture. He compares his meticulous technique to the layering of scrim, a strong, coarse fabric, allowing the work to become a sum of its layers. In paintings like After, the effect is phantasmagoric – white and subtle ochre gold circles emerge from an abyss of blue as if illustrating the memory of a hazy dream. Other works reveal slightly more tangible references – in Penumbra, the moon’s dominating presence seemingly illuminates a dark forest of trees over an expansive eight-foot canvas. Yet, Stoltzfus’ subjects remain largely enigmatic.

Sight and perception are intrinsic to Stoltzfus’ thoughtful process. “Our perception is … always partial, and always collective in a way we sometimes find difficult to acknowledge,” says Stoltzfus. “We see individual things, less often aware of the broader condition of light and shadow that make this possible. The sources that power our sight dwarf what we actually comprehend.”

PENUMBRA is an intimate study of light and the physiological response. Drawing reference from the color field painters Mark Rothko and Barnett Newman, as well as the textured works of abstract expressionist Richard Pousett-Dart, Stoltzfus engages directly with his audience’s vision for a response that is at once physical and emotional. His paintings defy the two-dimensionality of the canvas to create visual narratives of wonder and mystery. 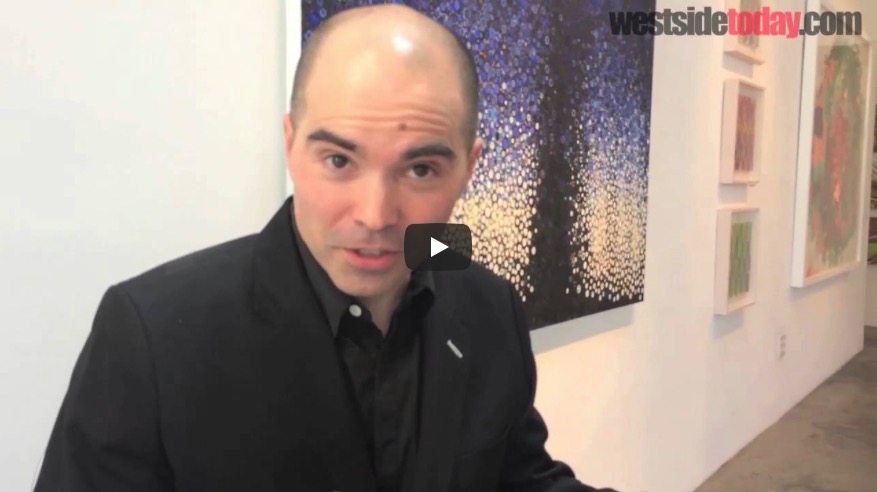 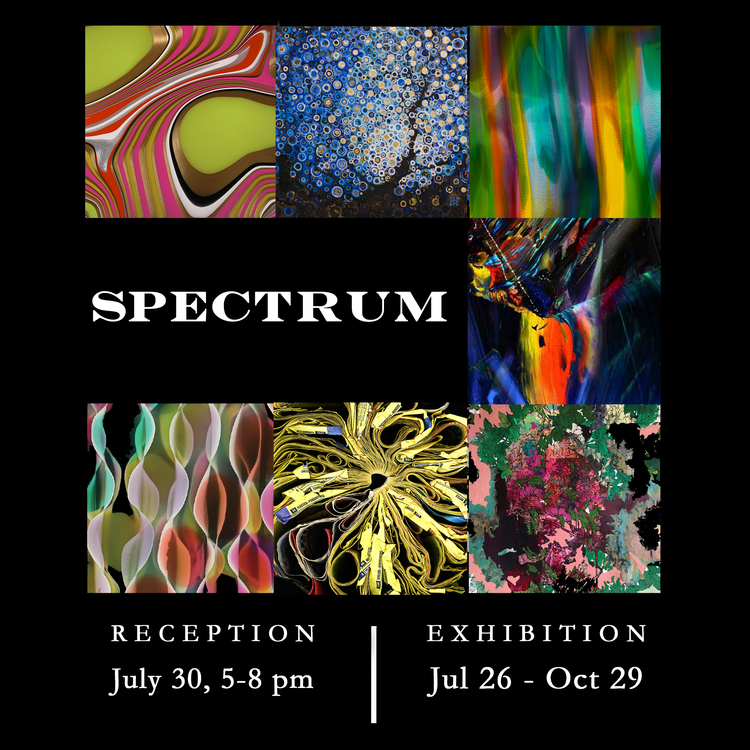